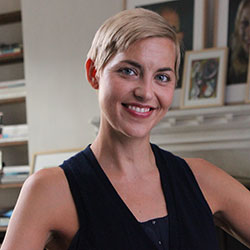 A Columbia graduate and New York native, Bahrenburg began her writing and editing career in the features department of Vogue. She moved on to become Features Editor at Elle.com and then Editorial Director of Above, a magazine and website dedicated to environmentalism and the promotion of sustainability.

She is the writer and co-producer of Claiborne Swanson Frank’s American Beauty and Young Hollywood as well as a book about artist Chuck Close’s portraiture.

Bahrenburg is currently freelance writing about art and culture for Vogue and C, working on her first novel, acting as Creative Director for Smart Woman Project and providing creative consulting and collaborating services to a diverse range of clients. She is also involved with Dia Art Foundation, Waterkeeper Foundation, Chinati Foundation, Rainforest Foundation, Artwalk NY, Acria, TWO X TWO for Aids and Art and The Lunchbox Fund. 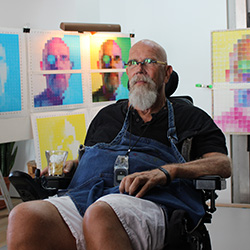 Chuck Close is an American artist best known for his large-scale Photorealist portraits, composed of tiny airbrush bursts, thumbprints, or looping, multicolored brushstrokes. In 1962, Close received his BA from the University of Washington in Seattle, followed by his MFA at Yale University in 1964. Three years later, he moved to New York, where he was one of the founders of Photorealistic painting, working at first in black and white before shifting to colorful, bright, and almost abstract paintings.

Close systematically composes his paintings with a grid format, which is often visible in the finished work; his most recent works combine his methodical grid with the spontaneous brushwork of the Abstract Expressionists. The subjects of his portraits are usually his family and friends, including artists such as Richard Serra, Cindy Sherman, Alex Katz, Roy Lichtenstein, and Robert Rauschenberg. His work is widely esteemed, and has been exhibited at The Museum of Modern Art and PS1 in New York, the Centre Pompidou in Paris, and the Tate Modern in London, among many other institutions. In 1988, Close was diagnosed with a rare spinal artery collapse, which he refers to as “The Event,” and has been forced to paint in a wheelchair ever since. However, his artwork has evolved to accommodate his new circumstances, incorporating pixelated squares of color, which he paints with a brush strapped to his wrist, and which, from far away, create the effect of a unified composition. 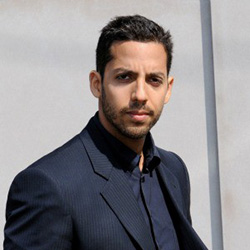 An American magician, illusionist and endurance artist, David Blaine, is best known for his high-profile feats of endurance and has made his name as a performer of street and close-up magic. He has performed all over the world and has set and broken several world records.Showman David Blaine's original specialty was "street magic" -- close-up magic done for small groups on New York City streets. His talent was showcased in a series of national TV specials in the late 1990s, with dramatic gasps from bystanders caught on camera. Soon David Blaine was both a magician and a celebrity, known for his hipster style, uptown-casual clothes, and friendships with actors like Leonardo Dicaprio.

Over time Blaine moved from small-scale stunts to much-publicized set pieces that were as much endurance tests as feats of legerdemain. David Blaine was buried in a glass coffin for a week in a 1999 New York City stunt, and the next year he spent three days encased in a block of ice in Times Square. He stood atop a 90-foot pillar in New York's Bryant Park for two days in 2002 before falling into a cushion of cardboard boxes. In 2003 he spent 44 days suspended in a glass box near the Thames River in London. He lounged in a water-filled glass sphere outside New York's Lincoln Center for a week in May of 2006 in a stunt he called "Drowned Alive," and in September 2008 he hung upside down in New York's Central Park for 60 hours in a feat called "Dive of Death." Among his other stunts is "Electrified," in which (as described by the New York Daily News) he stood "on a 20-foot-high (6-meter-high) platform at Pier 54 on Manhattan's West Side, within a Tesla coil apparatus that continually zapped him with artificial lightning bolts."